Siku Na Viingilio Simba Day 2022/23 | Tiketi Za Kiingilio Siku Ya Simba Day: Simba Day is the day when Wekunduwa Msimbazi and the second winner of the Nbc Premier League 2021/2022 Simba Sc meet with fans to showcase the new players signed in the final transfer window of the 2021/22 season and to introduce the squad that is going to start the new season of the Nbc league premier league 2022/23.

The event is one of the most anticipated football event in Tanzania along with Yanga day. Simba Day will be hold on 08 Augost 2022 at Benjamin Mkapa Stadium. Here we’ll take you through all you need to know about 2022/2023 Simba day including Bei ya Kiingilio, tareh and more.

Simba Day 2022/23 will feature Tanzania top music’s artist that will perform to make the even more attraction to the fans. So far WCB Zuchu is the only confirmed  artist that will be on the even, more will be announced soon. 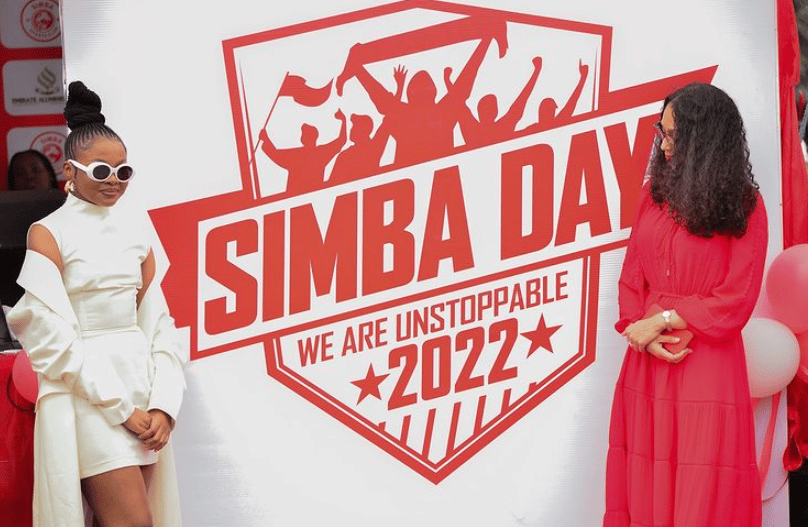 When Is Simba Day Going to Happen?

Simba Day Will be on 08 August 2022 at the Benjamin William Mkapa stadium. This Simba Day serves as a prelude to the next season of the tournament, and it is frequently utilized to present the team as well as the technical bench in front of the fans.

The Chief Executive of the Simba club, Barbara Gonzalez, has made it known that, for the following season of the competition 2022/23, the club would seek to reclaim its lost edge in the previous season while coming up with the motto that they are unstoppable.

“I came from Egypt and the important thing was to plan for the coming season, the goals of the club are weak, we are coming back with strength, we are coming back to take back our championship, and our motto for this season will be, we are unstoppable and untouchable,”

The management of Simba Sc made clear the admissions for the day of the festival that will be held on August 8, 2022, where the minimum admission will be Sh. 5000, while the maximum entry is Shs. 30,000. The concert will be held in the city of Dar es Salaam, at the Benjamin Mkapa tournament starting in the morning.