The National Examination Council has announced the schedule for the standard four examination for the 2021 academic year. The exams will be held for two days from Thursday 28 October to Friday 29 October 2021.

The National Examinations Council of Tanzania (NECTA) is a government institution established by Parliament Act No. 21 of 1973. NECTA is responsible for the administration of all national examinations in Tanzania.

The decision to create NECTA was a follow-up to an earlier step, in April 1971, when mainland Tanzania withdrew from the East African Examinations Council (EAEC) to conduct its own exams.

Zanzibar withdrew from the EAEC in 1970. Before withdrawing, between 1968 and 1971, Tanzania participated in foreign secondary school examinations conducted by the East African Union jointly with the Cambridge Local Examinations Union alone.

Students should be instructed; 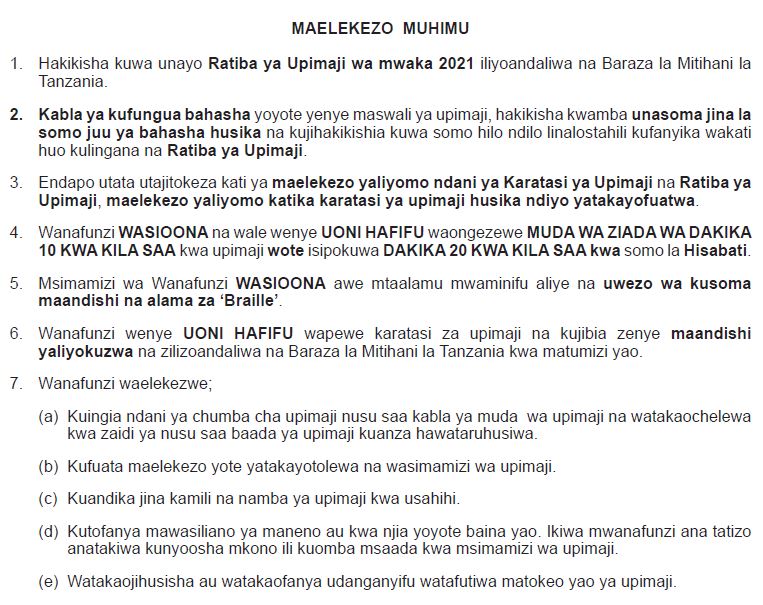 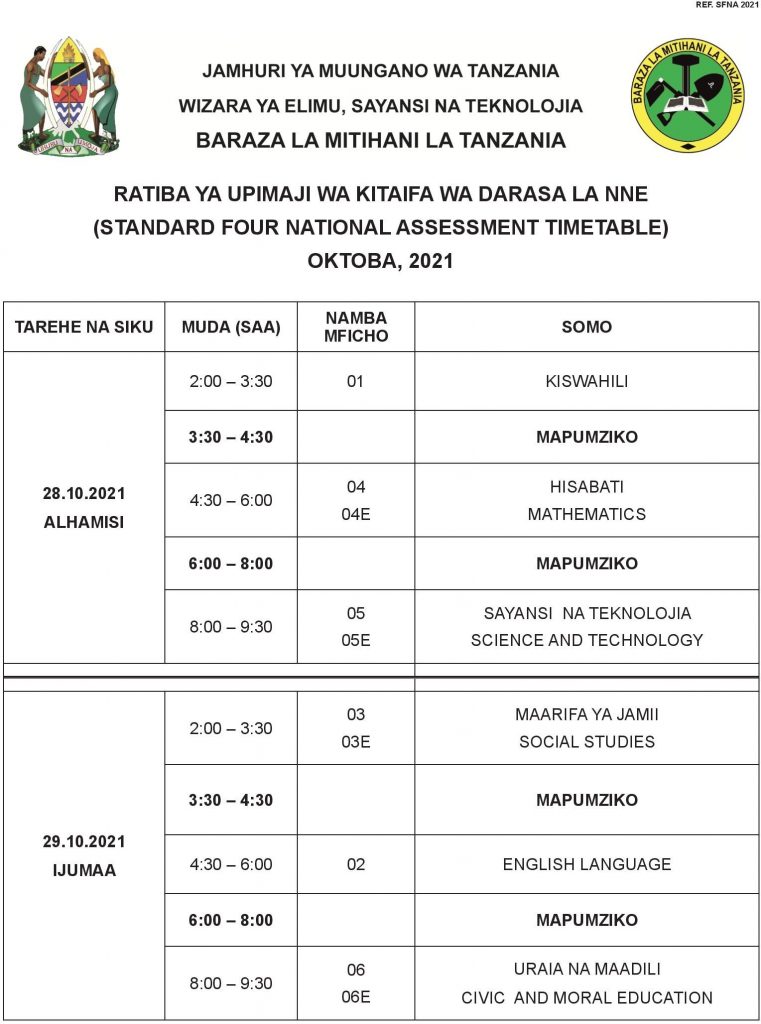