AIRTEL TANZANIA is one of the largest mobile operators in Tanzania. The company is a component of Airtel Africa which is the African mobile network operator and the largest mobile service provider in Africa. Airtel Tanzania was established in 2001 and since then it has been doing well in providing many services to its subscribers including.

In the middle of this year, starting from 15 July 2015, the government came up with new deductions for mobile networks in financial services, and below we have outlined all the costs of Airtel Money

However, many Tanzanians complained about these new costs claiming that they were too high, so many demanded that the government review these costs.

These are the new Airtel network deductions through Airtel Money from July 15, 2022 until the announcement of the new discounts 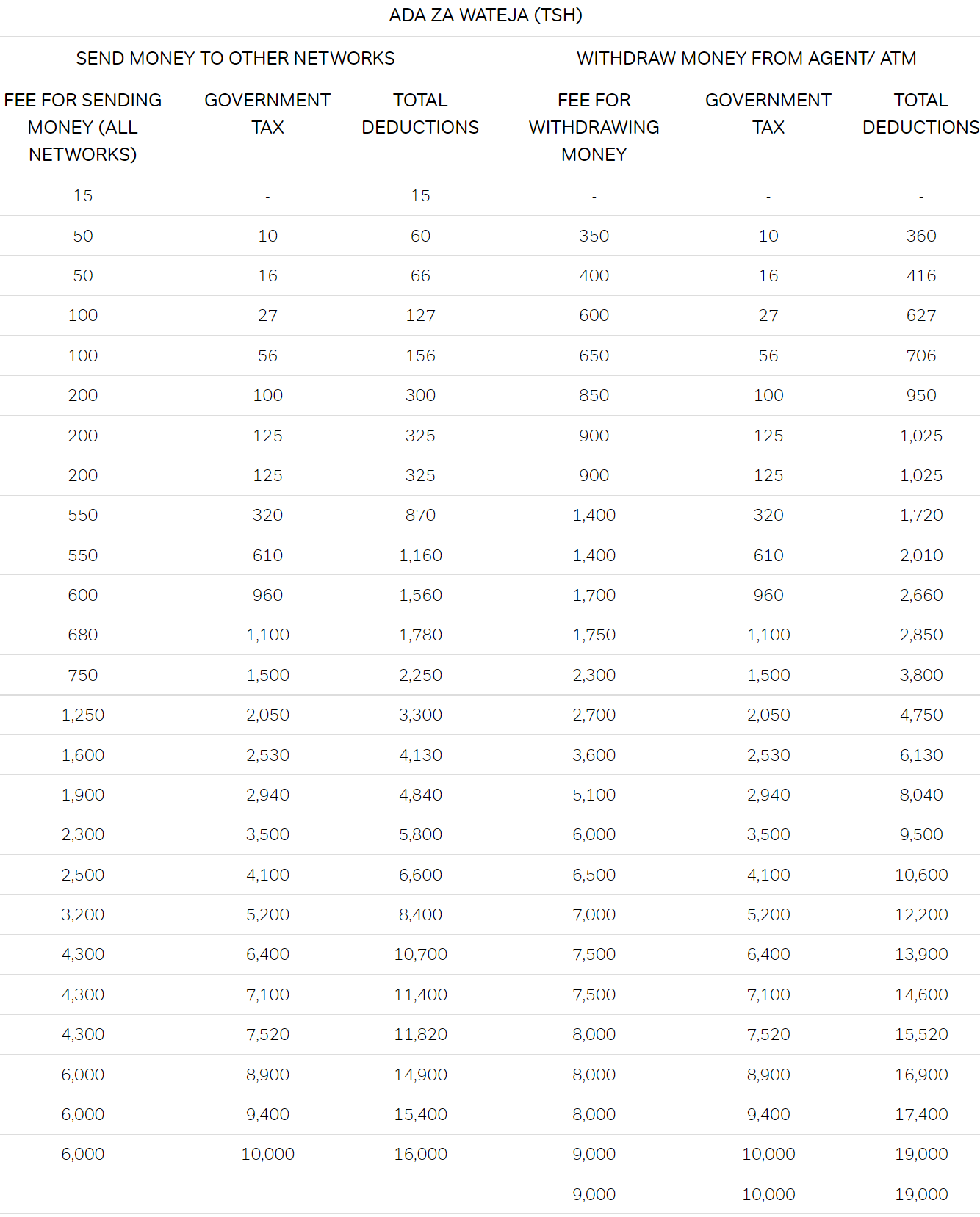 If you prefer to speak to someone in person in details, you can always call Airtel Money Customer Service, free of charge from your Airtel Money mobile phone at 100 – or visit nearby Airtel Money store in your area.