Modern smartphones are loaded with utmost features and can do just about anything under the sun. However, the unintended consequence of this is that many of these features remain hidden under sub-menus and are not really used to their full potential. Wi-Fi Direct is a prime example of this. In this article, we explain what Wi-Fi Direct really is and tell you how you can use the feature without even realizing it.

What is Wi-Fi Direct? 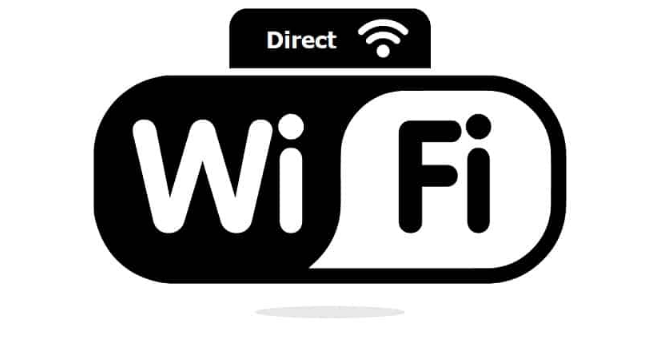 How To Use Wi-Fi Direct on Android?

Wi-Fi Direct is a connection that allows device-to-device connectivity, linking devices together without a central network nearby. One device acts as an access point, and the other device connects to it using the Wi-Fi Protected Setup (WPS) and Wi-Fi Protected Access (WPA / WPA2) security protocols. The standard was developed and incorporated into devices in the early 2000s.

Sounds like Bluetooth Huh? But they are two different piece of tech. One of the most important is that Wi-Fi Direct can handle more information at faster speeds than Bluetooth — about 10 times the rate under optimal conditions. This increase makes Wi-Fi Direct a great choice when a peer-to-peer connection needs to transmit data-rich content, such as a high-resolution photo or video — or when Wi-Fi is down.

One of the biggest game changer strength of Wi-Fi Direct is how versatility it is in places where there is no Wi-Fi network to act as a medium for devices. Multiple devices can link to each other and share important files in casual settings or desperate circumstances alike, without the security concerns (and time-consuming process) that come with connecting to a hub or central network first.

Wi-Fi Direct is widely supported by a wide range of devices – most notably smartphones, tablets, laptops, digital cameras, and televisions. The Samsung Galaxy S (launched in 2010) was one of the first smartphones to include this feature, and starting with Android 4.0 Ice Cream Sandwich, all Android smartphones have this feature included. In case you’re wondering, Apple products also support Wi-Fi Direct – except – they’ve opted to rebrand to AirDrop and AirPlay.

Where exactly can We use Wi-Fi Direct

Some of the most popular uses for Wi-Fi Direct these days include:

Wifi-Direct is an excellent way to quickly share large files with a friend or team when wired connections cannot be set up.

From playing mobile games on a big screen to sharing family photos on a TV or digital photo, Wi-Fi Direct is used for all kinds of screen sharing tasks.

If everyone has the same game on their phone, they can connect to Direct and play together, even if there’s no Wi-Fi.

Some devices will also use Wi-Fi Direct to sync their information and update their media. This feature can make the process much faster, especially if it has to add a lot of new media at the same time (think about updating old music playlists, for example).

How To Use Wi-Fi Direct on Android?

Wi-Fi Direct functionality can be found in almost Every Android smartphone running Android 4.0 and above(with some very rare exceptions). While systems user interfaces may vary, setting this functionality is relatively simple and standard across all devices.

Previously Wi-Fi Direct did not offer native support for file transfers.Thanks to some systeme upgrade, That’s not the case anymore,After inroduction of newly feature called Nearby Sharing. Google also has its own app called Files that includes a file transfer function (which uses Wi-Fi Direct).

Most modern smartphones do not require you to manually “turn on” Wi-Fi Direct. The feature is turned on automatically when Wi-Fi is turned on.

To check the status of Wi-Fi Direct on your device, Navigate to

Your smartphone will start scanning for devices that you can connect to.

How To Use Wi-Fi Direct on