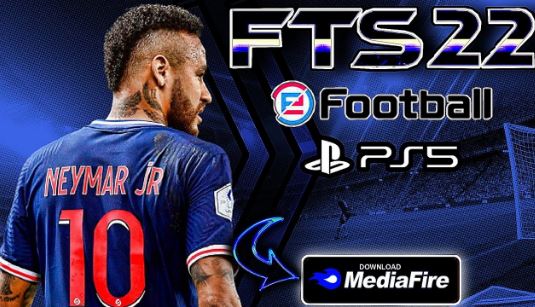 FTS 22 Mobile Mod PES 22 is fulfilled by efootball PES themed with all PES logos and backgrounds, the game is totally offline coming with cool updates.

This mod inside contain all FTS Modes and also you can control your Custom Data and Profile as usual, also the game has HD Graphics and good brightness compare to other FTS Mods.

Here you will find some transfer news including Returning Players From Loan and New Confirmed Transfers, i could get enough time to prepare all of it but here you can read the transfer:

New updates on returning player is available, the following are players which are returning from loan – Transfer News.

This summer new confirmed transfer is available in the game, the players which are mentioned here are confirmed to be transfered. (Advincula, Malen, Andersen, Wilson, Varane, Areola, Jovetic, Onana, Grealish, Bailey and Trauner)

By click below button you will clearly download the FTS mod in your mobile, the game is full packed contain Apk, Data and Obb in one file, its important to have ZArchiver Apk which will help you to extract game file.

Make sure you follow all below mentioned steps for setting FTS Mods, vivid example in the video.