Games on mobile devices have improved at a much greater rate than any previous technology. Android games seem to reach new high levels every year. With the release of Android Nougat and Vulkan API, it will only get better and better over time. It won’t be long before the mobile device sees some even more impressive titles than the ones we have now! 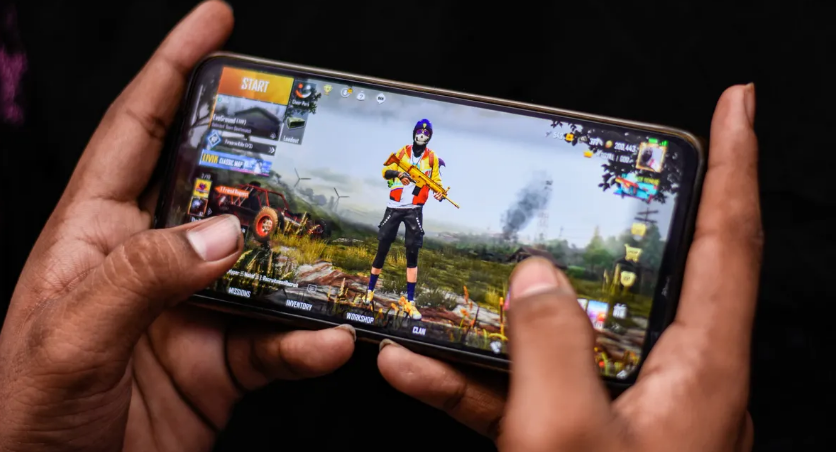 There are many different types of games on the Play Store, so we have tried to our level best to choose a good combination of categories including first person shooter games, role playing games, platform games, racing games, puzzles, strategy games and so much more. There must be something on this list for everyone gaming taste. Without further delay, here are the best Android games available right now!

CALL OF DUTY Price: Free to play Call of Duty: Mobile is on the top of our list because this game is so intensely popular with such a high rating that we had no choice other than put it on top of ourbest android games to play. The game has both a Normal FPS online PvP mode along with 100 player battle royale. That puts it in a rare category where it does battle royale like PUBG Mobile, but also regular FPS PvP like Critical Ops or Modern Combat. There is an amazing amount of things to do and most important It’s a free game, but most in-game purchases are cosmetic items. It still has some bugs,but it is relatively new, so it is natural. They will for sure improve as days goeson.

GRID Autosport was launched in 2019 and immediately became one of the best mobile racing games for Android devices. The Riptide GP and Asphalt franchises are pretty good, too, but GRID Autosport hits almost every check mark. It is a premium game with no purchase in-app or advertising. The game also features great graphics, great controls, hardware controller support, tons of content to play, tons of cars to unlock, and a variety of racing styles. The game is a little expensive and it’s missing some smaller things that racing fans like but otherwise it’s one of the best races experiences in Play Store.

PUBG Mobile hit the ground running just few days upon its releases. It already has more than ten million downloads and almost a million user Reviews. Fortunately, it is actually a very competent mobile FPS. It has simple and effective controls, decent graphics. and a simple premise. Basically 100 people fall from a plane to an island and duke it out until only one left standing. The island is filled with equipment, weapons, and vehicles, along with a mechanic who reduces the playing area over time to prevent matches from taking too long. Recent updates added new game modes, as well as a Freemium element. PUBG Mobile Lite is a lighter version of the game with fewer players per game and lower graphics settings. Is only available for some devices, however. Fornite is another great option if you don’t mind downloading the game directly. from Epic Games instead of Google Play.

Pokemon GO exploded onto the mobile gaming scene in July 2016 and immediately became one of the best Android games. It’s an augmented reality game similar to Ingress where you walk through the real world, catch Pokémon, complete little side missions, fight for gyms and hitting Pokestops to resupply items. It beat virtually every record in the books as the world’s most popular mobile game. Thanks-fully, the game receives frequent updates with new features. Some more recent Features include an AR camera mode, a new Pokémon, and a bunch of other cool stuff. Niantic also released Harry Potter Wizards Unite, a Harry Potter AR game with similar mechanics.

Minecraft is a popular game worldwide for people of all ages. For those who have never played this game, Minecraft puts yo in a giant world where you mine things, build things, hit the bad guys and do practically whatever you want. There is a survival mode where you must extract your own resources and food along with a creative mode that gives you unlimited all. Frequent updates have added tons of new content and possibilities. The game is quite on par with its PC and consoles. In fact, you can play multiplayer servers with people on those platforms. Skilled. There are in-app purchases, but generally they are just for customizing things like skin packs.

Dream League Soccer 2019 is one of the biggest soccer games on mobile devices. It features complete teams, complete games and a complete field of action. The front of the game is a simple. You build a team, make them good, and win championships. However, you You can also play real soccer with the team you made. Graphics and controls aren’t too bad either. That puts it in The top echelon of soccer games. It also features six divisions, Google Play game achievements, saved andleaderboards and more. This is surprisingly good, even for a freemium game.

Mortal Kombat X is one of the best fighting games on the mobile platform. While Tekken and Injustice 2 are incredible too, their mobile versions couldn’t replicate the same experience they offer on consoles. Mortal Kombat X remains the exception in this regard. Iconic characters, exaggerated moves, and brutal deaths all drip in a visually stunning way in Mortal Kombat X. There’s a lot of bloody and bloody violence, all of which is captured in impressive details, something that is a distinctive element of the franchise. While the campaign mode in Mortal Kombat X is great, the game offers plenty of other game modes as well, including a quest mode where you can send your collection of Mortal Kombat fighters on epic missions to get rewards. You also can check out the “Tower of Shao Kahn” where you will have to fight to the top to earn talent points and spirit fragments. Furthermore, if you want, you can also play against real playeryts in Faction Wars.

REAL BOXING In the series of Best android games, Real boxing is one of the best boxing game readly available on play store. If you are getting bore with car racing and shooting games that does not mean you should stop gaming, you can try boxing. Real boxing uses great graphics that make the game quite exciting. In this, the player can be made according to his own style. You can also play with friends in multiply mode. So, Just install this app and start boxing.