AIRTEL TANZANIA is one of the top mobile phone operator companies in Tanzania. The company is one of Airtel Africa’s components which is the pan African mobile network operator and largest mobile service provider in Africa.

Here in this article, we have brought to you Latest Airtel money tariffs in Tanzania

NOTE
As you are aware, the Government has introduced a new levy on mobile money transfer transactions through Finance Act 2022 which amended the National Payment Systems Act Cap 437 by adding Section 46A. The Act empowers the Finance Minister, after consultation with the Minister responsible for communications, to make regulations prescribing the manner and modality under which the levy shall be collected and accounted for. The Minister has issued NPS Regulations 2022 and henceforth Mobile Money Service Providers shall collect the new levy on behalf of the Government from 15th July, 2022.The levy below for sending money and withdrawal shall be in addition to existing rates charged by each operator as follows: 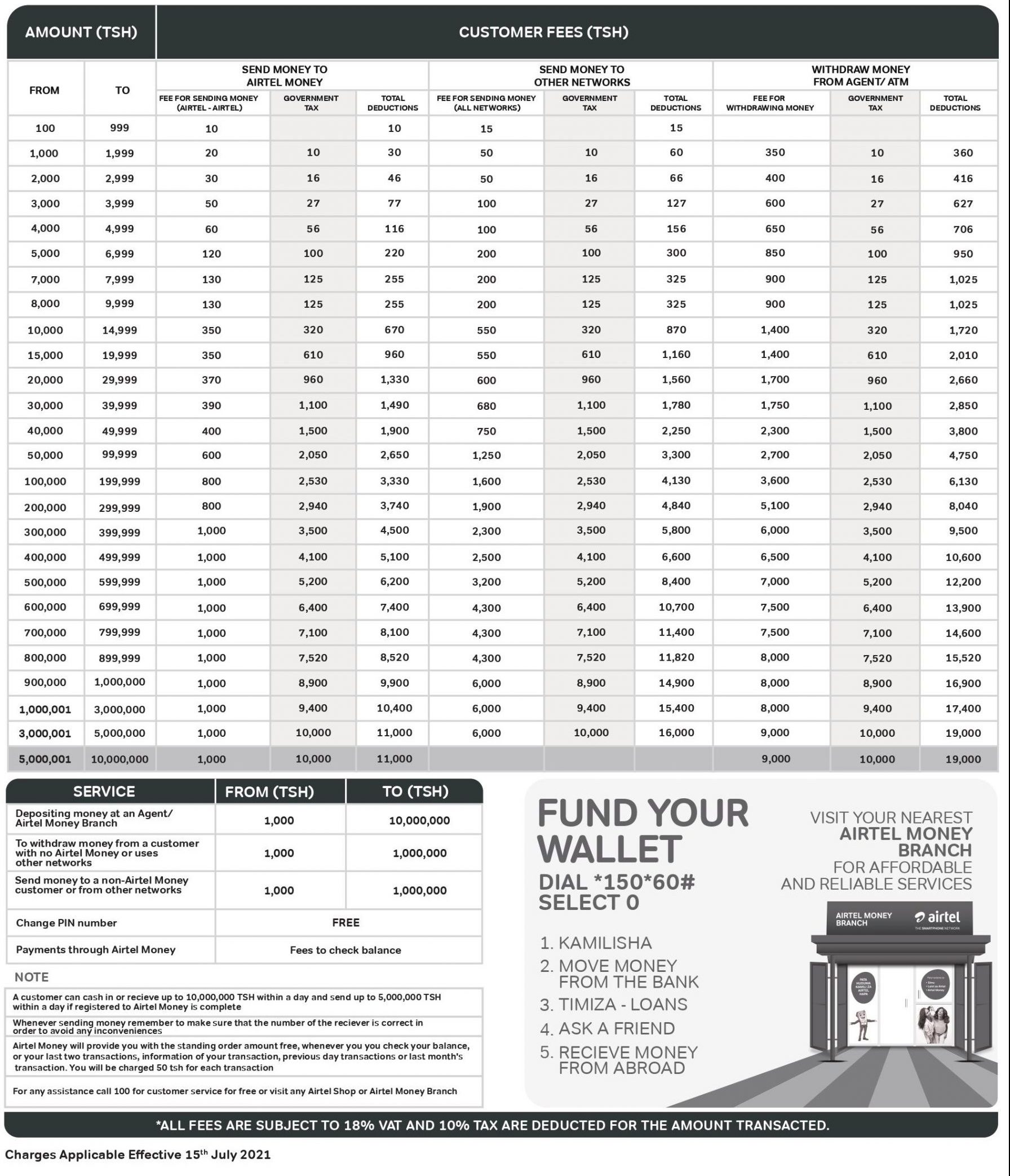