Does taking screenshot on your android device still a problem to you? If so in this article we’ll showcase Best Ways to Take Screenshots on Android Phones.

Here you can Learn how to take a screenshot on Android, either using default shortcuts or apps to capture your Android phone screen. You have many different ways to take screenshots on your Android device. Some are manufacturer specific, some are at the OS level, and some are based on custom apps from the Google Play Store. It can be difficult to understand the options and decide which method is best for your specific device.

Let’s look at the most popular ways to take screenshots for Android and bonus you with two of the best third-party apps you can bring for the action. Best Ways to Take Screenshots on Android Phones

Use the Android Screenshot Shortcut

These days, taking screenshots using nothing more other than your android device is easy.

Press and hold the Power + Volume Down buttons at the same time, and you will see a brief animation on the screen followed by a confirmation in the notification bar that the action was successful. 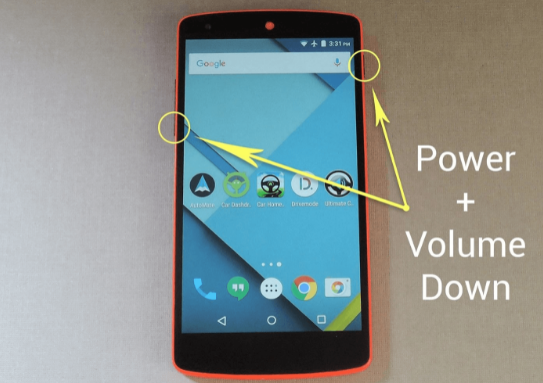 Android Pie has made it much more simple by adding a shortcut to take a screenshot on the power menu if you find it more convenient.

This method is not applicable for all phones and differ according to phone brand. Each brand has its own standard method. For example, older Samsung devices will will need to press the Power + Home buttons to take a screenshot instead, although newer models have changed to the Power + Volume Down method.

After that, the process is the same. You will be given an on-screen confirmation and the image becomes viewable in your gallery app. Some phones use the standard method but also have additional options. For example, on some Sony devices, you can press the power button to access the options menu. From there, you can take screenshots as well as record the screen of your Android device

Some Brand have added a screenshot button to the Android quick settings menu. To access the menu, swipe down from the top of the screen. There you may see an option called Screenshot, Screen capture, or something similar. If you don’t see the option, it may be hidden. Tap the pencil icon in the lower left corner of the quick settings menu to change which shortcut buttons are displayed in the menu itself.

Many Android devices now allow you to use gestures to take screenshots, thus eliminating the need to press any buttons. For example, Samsung supports the “Palm Swipe” program. When enabled via Settings > Advanced Features > Motions and Gestures > Hand swipe to capture, you just need to swipe your hand on the screen at a 90 degree angle to activate screen capture. Motorola offers something similar; When activated, tap the screen with three fingers to take a screenshot. Check the manufacturer’s literature to see if there is an equivalent option on your model.

If the built in method didn’t meet your expectation you can bring third part into action if you are looking for more feature or customization on how you want your screenshot appear. Let’s have a look at two of the best third-party screenshot apps. Its primary function is the same as the stock method, but they offers some great additional features that are not available in the original built in methods.